The Covid crisis has shown more than ever: we need excellent science journalism. The Prix Média supports media professionals with research contributions and prize money for exciting stories and innovative formats.
< back

The «Galactic Chloé Show» staged by EPFL student Chloé Carrière and celebrity guests is somewhere between a US talk show and a science documentary.  Her competition entry for the Prix Média Newcomer prize is an episode with astronaut Claude Nicollier and Nobel Prize winner Michel Mayor – as always in an intergalactic YouTube setting. 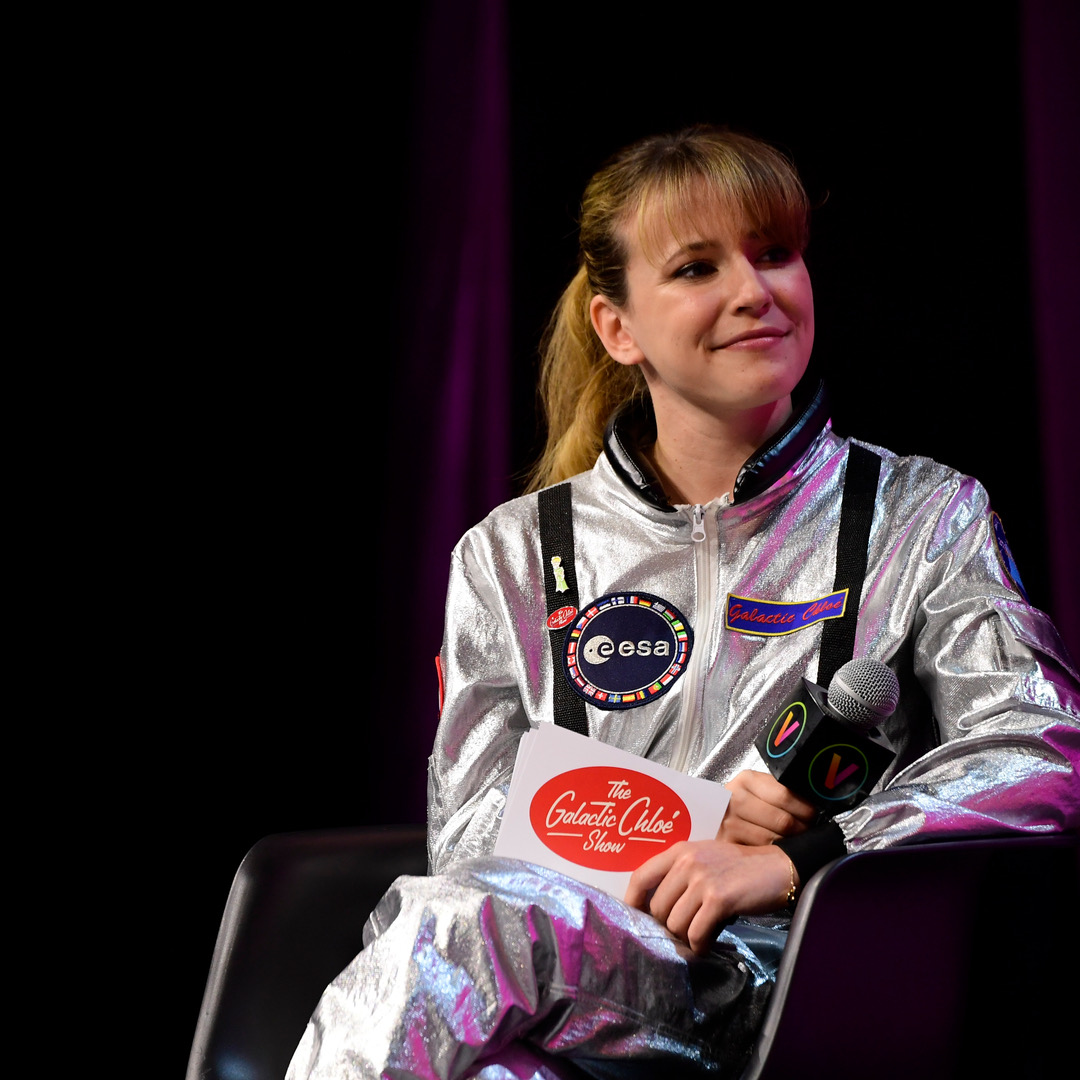 Chloé Carrière, how did you get to hear about the PM Newcomer prize?

Mirko Bischofberger, head of communication at EPFL, sent me the call for entries.  He thought I met the requirements for submitting an entry.

How did you choose your topic?

I would like to share my interest in astrophysics and space travel with the public.  That’s why I founded Space@yourservice.  One example of our projects is «Astronomy on tap».  Students, experts and the public at large meet over a drink and talk about Mars missions, satellites and astronomy.  Unfortunately, these live events were no longer possible due to the Corona virus pandemic.  The «Galactic Chloé Show» on YouTube goes in a similar direction:  it’s a cross between traditional science communication and a late-night show with representatives of EPFL.  We launched the show at EPFL, but would like to also reach a broader audience with it in future.

How does science journalism differ from other forms of journalism?

I’m not primarily a journalist. But I would say: unlike political journalism, for example, one’s own point of view should not play a role in science journalism – because everyone refers to the scientific facts.  Moreover, science journalism should show how science shapes society.  On Covid-19, for example, politicians make certain decisions, but the bases for them are not always obvious.  It’s journalists’ task to bridge this knowledge gap.

What can the «old hands» learn from you?

I always say that we can all learn from one other.  Traditional media are often not close enough to their audience and lack authenticity.  The new generation is trying to be closer to the audience – via social media but also through direct exchanges.

What can you learn from the «old hands»?

Simply everything (laughs).  After all, I didn’t study journalism and I’m impressed time and again by the will to convey scientific information neutrally.  But in concrete terms:  for me, one big challenge is to get the attention of the audience.  So far, we reach mainly the EPFL community, but not many outside.  I have to learn to address a wider audience by designing an article or a video in such a way that people feel more challenged by what they see or read.

What would you do with the prize money if you were to win?

I have to discuss this with my team.  But I would like to use the money for market research, to find out what the audience would like to see, what kind of interaction, what kind of episodes.  And then I would also love to do live shows, interviews in front of an audience, so that an exchange really happens – as in the US shows.

Chloé Carrière (born 1998) graduated from EPFL with a bachelor’s degree in physics and is now studying for her master’s degree with a minor in aerospace engineering.  The Frenchwoman launched the “Galactic Chloé Show» at EPFL about 10 months ago.  In each 15-minute episode, she interviews a guest on a set decorated like a moon base station.  One of her most famous guests was Swiss astronaut Claude Nicollier, who explained the admissions procedure for the ESA.  In 2019, Carrière also launched the «Asclepios Mission», a simulation of a space expedition during which students are isolated in the Alps for 10 days and have to perform experiments.
Share